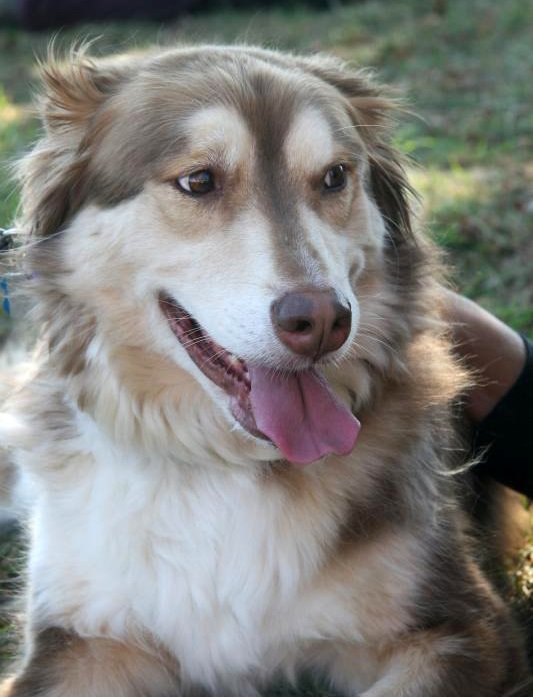 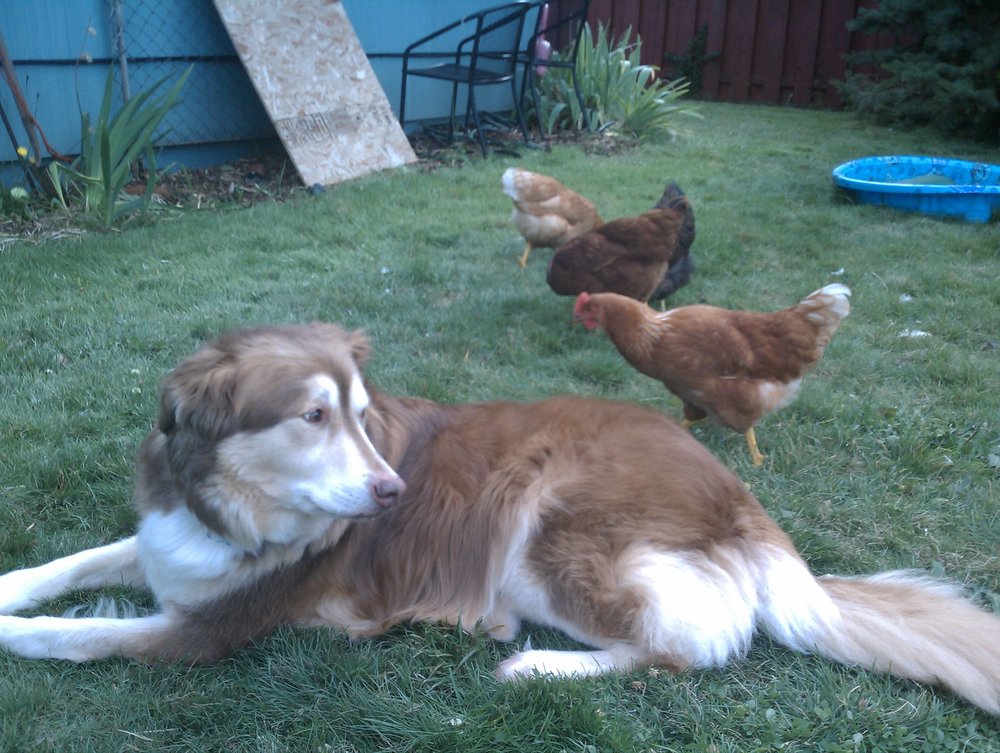 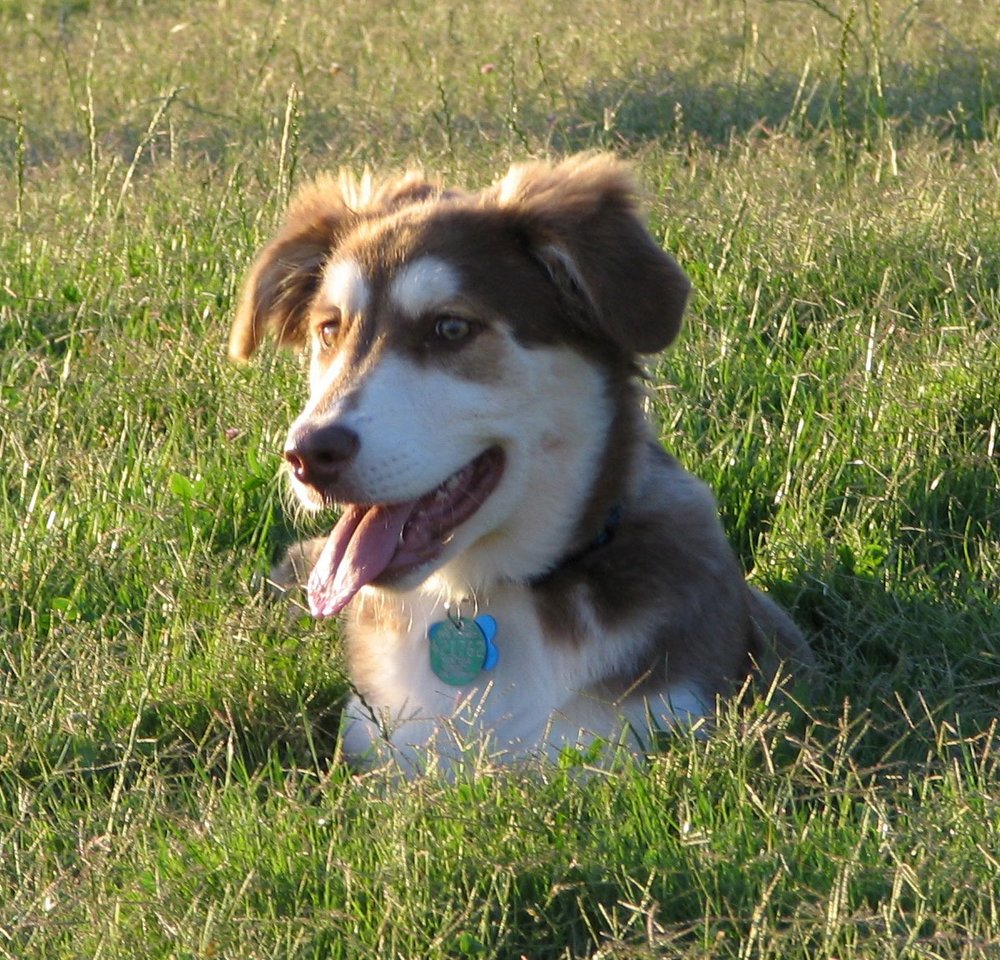 Kona came to us through a pet rescue agency, from a whole litter of puppies born to a Retriever mix mother and sired by a Malamute father. We felt fortunate to meet some of the people who adopted her siblings, and she even had some “play dates” with them while she was a puppy. She was such a gorgeous dog people used to pull their cars over when we were walking her to ask what kind of breed she was! She loved going to the dog park when she was young. One of her favorite things was chasing a ball, but she never got very good at bringing it back!

Three months after her adoption, a baby brother came into the scene, followed by a baby sister three years later. Kona was the best dog ever, and put up with endless pulling of ears, tail and fur with hardly ever a grumble. Orion used to climb on her back and Akasha would lay on her and just laugh and laugh.Also known as Majestical Dog, Miss Dainty Paws, Kona Bona, Kona Wona, Kona Balogna, Kona Bean, Kona the Beast, Konasaurus, Ghost, Ninja Dog, Adventure Dog, Cat Dog, Mama Dog, Sunshine Dog and sometimes there were those times she was just Stupid Dog, always said with affection.

At her farewell, our family shared some of our favorite stories. Kona was famous for escaping the house and loved to go wandering and visiting.She would look for homes with open doors and walk right in! She was always a natural therapy dog. She would walk over to be near people who were hurt or crying. One time when she got out, the family that called was taking care of an ailing elder. They had left the front door open while gardening, and Kona walked into the house, went straight to the hospital bed, touched her nose to the old woman’s hand and then planted herself on the floor right next to her.

Another funny story occurred one Fourth of July when we decided to give Kona some medicine to relax. Well it apparently lowered her inhibitions as well, because we found her with all four feet up on the dining room table with her face in a mayo jar! And this was after she had finished all the hamburgers and hot dogs that were up there.

But one of my favorite remembrances will always be when my husband asked our son if he had any favorite memories of Kona, and he simply replied, “All of them.” Indeed. Rest in peace Kona. You were loved so much and will be missed.

To plant a beautiful memorial tree in memory of Kona Dog, please visit our Tree Store

Share Your Memory of
Kona
Upload Your Memory View All Memories
Be the first to upload a memory!
Share A Memory
Plant a Tree