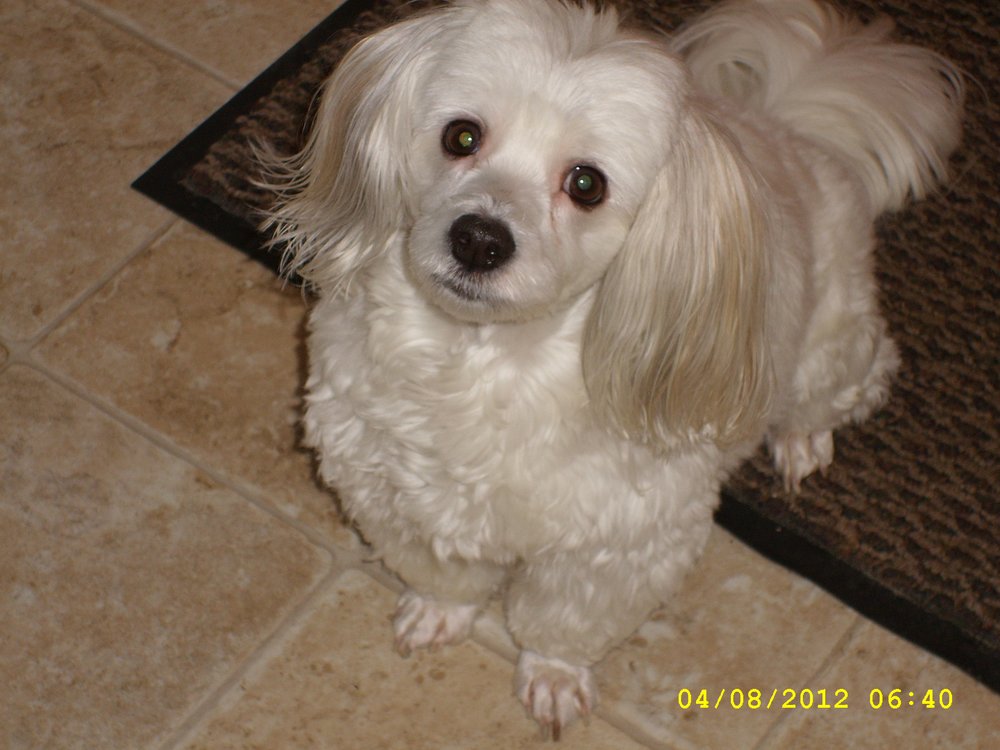 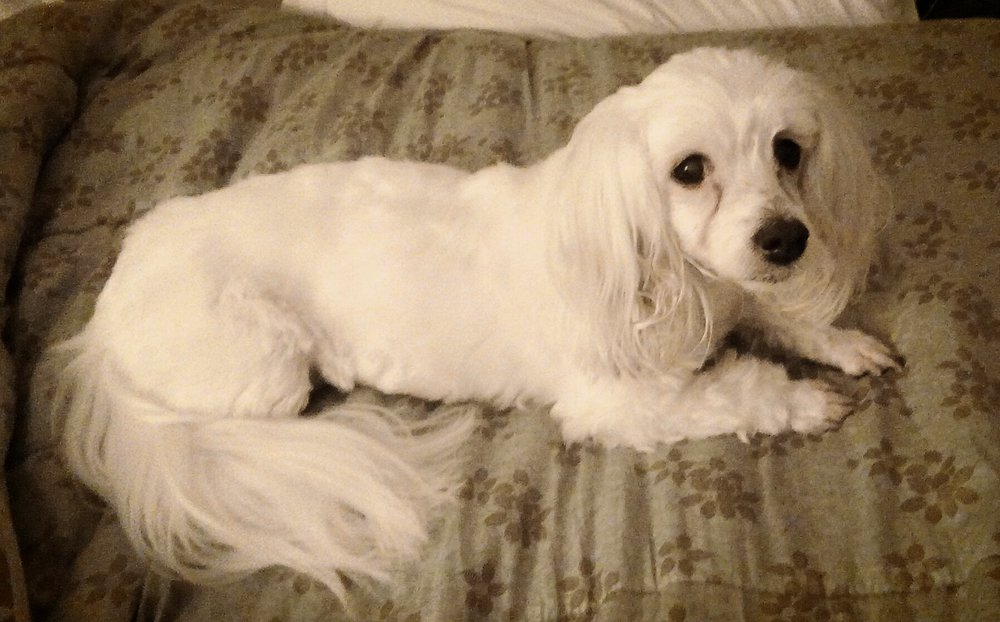 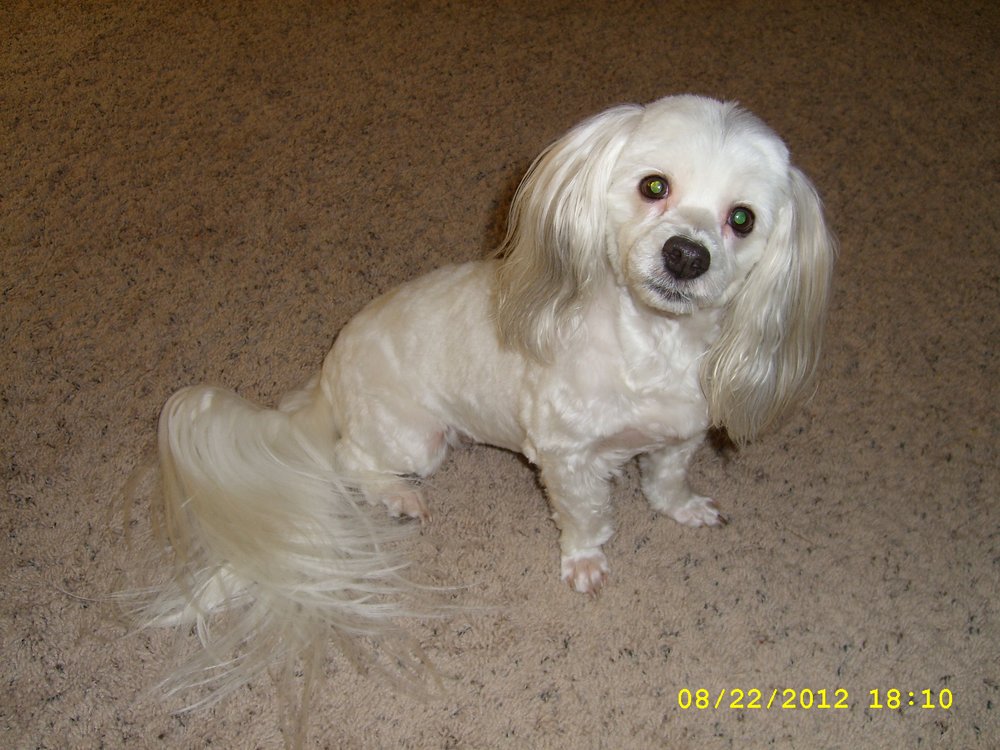 I looked through books and online at dog breeds and when I saw the Coton De Tulear I knew I would own one very soon. Not long after was a newspaper ad for a 12 week old puppy (b. 8/9/2000) just a few miles from our house. The breeder had us sit on her kitchen floor and said " You won't be picking one, just sit and one will choose you." There were 5 puppies running around. Sure enough we were chosen and after 45 minutes of getting to know her, she decided we were hers and she was ours. She was the cutest little ball of fluff!

BON BON MARSHMALLOW WAGNER came home with me and my son, Brian on December 22, 2000.

Her first job was to sit on Brian's chest and lick him awake on school mornings. Bon Bon's favorite toy was one of Brian's socks with a cheap stuffed toy inside. When she felt feisty she ran around the dining room table. Even at age15 Bon Bon made it 10 times. It took her 15 min to learn to shake hands and never forgot it. She loved to chase squirrels. We soon learned to spell words. Like squirrel, bacon, bath, vet. She loved rides in the car, hanging out the window, even in the rain.

Bon Bon slept at my feet and when she got cold she would come under the covers. She was always by my side including illness and operations, chemo and radiation. When I was so tired she would jump on the bed and sleep close every time. She was a perfect Coton and had a most beautiful, long fluffy tail. Out on walks people would always comment on her tail. My sweet Bon Bon was smart, beautiful and a loving companion for over 15 1/2 years.

Bon Bon was diagnosed with early kidney failure in March 2013. She took well to the new food and felt so much better. She remained healthy until March 2016. By then she couldn't see or hear well and arthritis made walking and stairs hurt.

When she refused to eat and take her meds for pain I knew I had to let her go.

The nice people at Dignified Pet Services helped me through the arrangements and a vet with an assistant came to the house.

The next morning I clearly heard her cry by my bed like she did to wake me. I was comforted and sad, believing that was her goodbye to me.

Share Your Memory of
Bon Bon
Upload Your Memory View All Memories
Be the first to upload a memory!
Share A Memory
Plant a Tree